Maité Steenhoudt’s new Thrasher pro part just dropped and it will blow your fucking hair back… into the dopest style ever. This cheeky young Belgian is straight up, the future of skateboarding. This part just pushed the non-trad skate gang into a new era. There is only before Maité and after Maité.

It’s so well done, and there are so many great surprises I’m not going to even get into it, you just have to watch. Fimmaker GUILLAUME PERIMONY does an epic job of showcasing the skill, comedy and creativity of Maité and her noodlin’ friends. Really makes you want to kick it at the spot with a 6’r and organize some boned-out party lines. Maité went “Proski” for Evan Smith’s new company Uma Landsleds, earlier this year, but you get the sure feeling that she’ll never stop being a super rad “Broski.”  -Migz 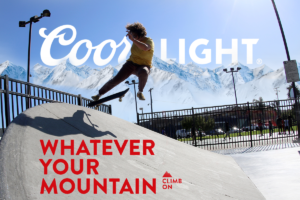 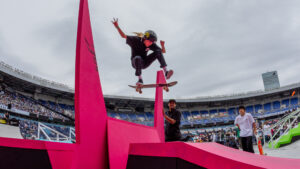 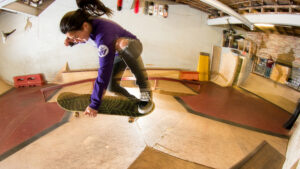 Nancy Pham Schickman on New Mom FOMO; It be like that sometimes