There’s a show on the Food Network called “The Pioneer Woman.” It features a matronly redheaded woman named Ree Drummond preparing recipes for her husband and children, who spend most of their days working outside on the family’s ranch. She’s an indoor cat. And guess what? Ain’t nothin wrong with that! Because nowadays, thanks to a few trailblazers* (see below) women can do whatever the F*CK we want! We can skate in huge JNCO jeans or in skirts and crop tops, like Skate Moss, and everything in between. The days when dead presidents with their faces printed on money (not to mention our current douche-in-cheif) got to determine our gender & cultural norms are over. Make it fucking rain on that antiquated bullshit! Celebrate individuality instead of shit talking people for not fitting into conventions, or at the same time, fitting into them too well! Cook if you want to cook, skate if you want to skate and wear whatever you feel like wearing each day. Because the best version of you, and the people around you, is ALWAYS the most authentic.

In 2004 in Melbourne Australia, I met *Hilary Pearce, another kind of “Pioneer Woman.” At the time, “Hizza,” Monica Shaw, Esther Godoy & Sally Clark were casually forging new ground for women in skateboarding. Not necessarily by aiming for that result; by having the courage to be themselves and do whatever the fuck they wanted. It’s hard to grasp now, but women with skateboards were often treated like pariahs back then. Hilary and I became friends and together with Vanessa Torres, we enjoyed months of tram rides, skate parks and Victoria Bitter beers. Hilary is courageous, fun, hilarious, faithful, caring, and has genius-level intelligence. Because of Hilary and her generation of female skaters, we can now look masculine or feminine and skateboard. We can be domestic or nomadic. We can be sexy as we want. Or not. And bang whoever we want. And if you haven’t caught up, you’ll get left choking a dust cloud of dead presidents. If Ree Drummond wants to skateboard she can too. And if she wants to bring her homemade biscuits and wear a goddamn petticoat, sweet!

Last summer, Hizza and her girlfriend Simoen took a 2-week trip throughout California, from Big Sur to the Mojave Desert on rented Harleys with their skateboards strapped to the back. Talk about badass. 15 years later, Hizza is still out blazing new trails. And doing it quietly & gracefully, simply by being herself. And doing whatever the fuck she wants. Be like Hilary.  -Migzy

2. Age – Knocking on 40’s door
3. Hometown – Melbourne
4. Current location – Melbourne
5. Signature trick
“Tricks are for kids” McGuire, 2005.  Front boards or front 5’ers, but nothing is easy anymore.
6. Sponsors & supporters, physical and spiritual.
I ride boards of people I like: Elissa, Meow team, BA, Ricky McCrank, Unity. I’m well overdue to get a Sablone board. It’s all spiritual.
7. What is skateboarding like for you these days? Who do you skate with and where?
Skating doesn’t happen often enough, which makes it hard. I mostly go to new parks and always try take my board when I travel. I skate with Monica Shaw and Tim Hillier, long time lurkers.
8. In 2005 I heard you making plans to be a “Turfie” (someone in Australia that cuts & cares for the grass in parks.) Did that work out for you or did you develop new career aspirations?
Haha yeah that’s true. I still appreciate a beautiful lawn, but back then I had skate brain and wanted to get out and see the world, so I dropped out of the course. 15yrs later I’ve recently graduated University with a Business Commercial Law degree, I’m working in shipping.
8. As a veteran of women’s skateboarding, what reflections do you have on the state of our scene today? Do you ever get PTSD thinking about the old days?
Things look pretty good right now, there’s more money and support which makes for great opportunities and progression. Seeing some of the girls traveling the world with their best friends, having the time of their lives doing their own thing, it makes my heart swell. I know exactly what that’s like, it’s the best, I love seeing it happening again. Also the WOF contest looks amazing. No PTSD but definitely a little shame from some of the shit I stirred, but also proud of it too.
9. If money was no object, what would you buy Monica Shaw for her birthday?
A really nice old car, like a 30yr old BMW and an awkwardly intimate private performance from Courtney Barnett.
PrevPreviousREVIEW: Vent City Podcast #10 How to Skate While Also Being Terrified of Eating Shit
NextExposure: EXPOSED!Next 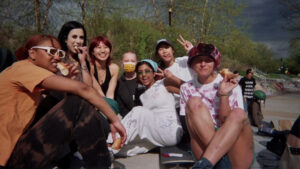 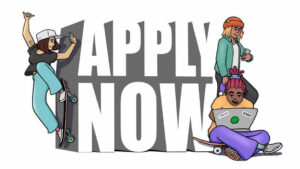 EXPOSURE is Taking You to College