The world and skateboarding lost a really special person yesterday. Joe Hammeke was a doting father, a loyal friend, a ripping skater, and a talented photographer at Thrasher for many years.

Joe used to live in Portland back in the day, and the first time I think I met him was on a trip up to Slam City Jam in the early 2000s. We partied at the river and slept on his floor. He was super friendly and accommodating. An instant friend.

I always felt pretty intimidated shooting photos at big skate contests. One time, in Lincoln City at the Trifecta, my flash wasn’t firing. He busted out four fresh AAs from his camera bag and handed them to me without a second thought. The kind gesture of support has never left my mind.

He celebrated his 40th birthday at Langano Lounge, the bar I managed in Southeast Portland. I was so stoked that he chose my place to celebrate this big milestone. After the bar closed, I waited with him and Jessica for a Radio Cab that took forever to arrive. He was appropriately buzzed for the special occasion (evidenced below) & Jessica was super sweet and nurturing.

The last time I saw him in person was the Rip Ride Rally in Lincoln City July 2019. On Sunday, most people had left but a few stragglers remained (including our lurker crew of course). We had started BIGFOOT only a few months earlier and I was still really trying to figure out how this shit was going to happen (still am). I asked Hammeke if he would ever let us use some of his photos, and in general, how the skateboarding/photo dealio works. And he said something like… “For BIGFOOT, it’s free. For Nike, it costs.” He was seriously the #1 homie. Down for women in skateboarding since day one, when a lot of people weren’t. We remember. It’s crazy to think about how many people he helped, and how he made this world better.

It’s been a period of loss in skateboarding, and this one really hurts. Hammeke left behind two young kids and I can’t imagine the grief that Jessica is experiencing. This is another reminder that life is precious. Let’s tell our people we love them more often, in Hammeke’s memory. And follow his lead in helping each other pursue our dreams. So grateful to have known him. Thank you Hammeke.  -Migz

There is a GO FUND ME set up to help support Joe’s family during this hard time. Pitch in if you can. 💙💙💙 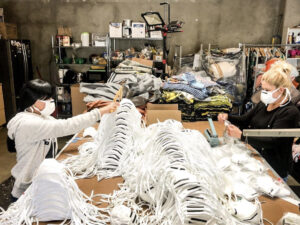 The Empath’s Guide to Total Domination 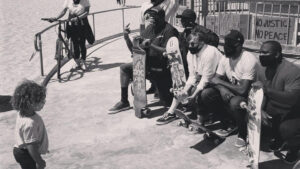 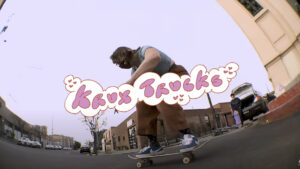 MARBIE GETS US IN THE MOOD FOR LOVE! 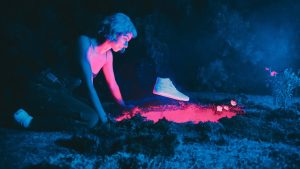